Hello ladies and gentleman to the presentation of the 44th season of Velo-manager. First of all, I wish to excuse myself and the rest of the calendar team for the late presentation, but do not worry, the season itself will have no delay. Now onto the serious business:

It is a tradition to start the season with the cyclocross season. Cyclocrossers have it very hard in this road racing oriented world but as they are first to appear they will determine and dominate the rankings in the first week of the season. But since it is almost Christmas (Merry Christmas everyone btw) we decided to add in a special cyclocross: the race over Mount Olympus, the mythical mountain of the Gods in the Greek Myths.

As usual the U22 also get their chance to shine in a real race and this season that will be the GP Scheerens, Belgians will know it better as the GP Jef Scheerens. The opportunity for the youngsters with hill and cobble abilities to show what they are made of.

Then it is time to ride the first tour. We are staying in Belgium for that as we make some kind of sight-seeing tour through the Belgian lands in the '2 jours en Belgique' (2 days in Belgium). This is the opportunity of a lifetime for sprinters as it will probably be one of them who will win the general classification.

After the Belgian two days it is time to get to the real work as the Grand Tour of this year will be where stars shine and fall. This year's Tour will take place in Slovakia: the Tour of Slovaquie. Climbers will have a hard time taking victory as there is only one climbing stage, the stage to Zarska Dolina. Hillriders, especially those with good cobblestats might make the difference on day 3 when we ride over very hilly roads with several cobblestone parts. We might get very surprising winners in this year's Tour.

After a long and tiring week for everyone, the climbers get to score some extra points with two climbing races in two days. Especially the first one is very special as it is the winner of the stage creation contest back in season 15. For those who are interested, the winner of the contest was fra37 with the race Mont Moresby - Tahama.

Then we go to the BeNeLux for the next tour, a tour for hillriders, and again the ones with experience and abilities to ride on those cursed cobblestone are favoured, but this time a menacing time-trial will shake of those who are weak against the clock. That is in short the Tour de Benelux.

The next tour however it is finally time for the climbers to show off their abilities as they will get two stages out of four in the Tour de l'Avenir. However, stage 2 is my personal favourite as it will be a true battle between escapees and sprinting teams: will they manage to use the downhill to their advantage? One of the bis-races in this tour is the Omnium-race which is always fun to watch.

We also get two downhillraces in two days: the first one being a time-trial while the second one would have been won by Nibali in real life.

Then we get to the final tour of the season, a classic in the history of Velo-manager: the Flowers of Scotland. One word is dominant here: cobblestones.

The final week is like a mixed bag of treats for every kind of rider (except cobblestone riders as they've had more then enough fun by then). Sprinters get to show off in pure sprinter races, puncheurs get to do their thing in the Andenne and perhaps try to surprise the climbers in the Criterium of San Marino. The race that stands out the most among these however is the Team Time-Trial of Arboras. A nightmare for many managers (like me) who have no idea who to use for this kind of time-trials.

Now it is time to announce the World Cup races for this season. I don't think any of these needs an introduction: Classic amongst classics Milan-San Remo, Gand-Wevelgem, the Tour des Flandres, Amstel Gold Race, GP de Quebec and Giro di Lombardia to close off the regular season.

As for the National Selection there are quite a few new stages, if not almost all of them: Cyclocross Métabief, TashkenKokand for climbers or allrounders, a time-trial from Pozega to Nasice and La Daneels for cobblers. The last two races are the battle for ultimate victory as they are the road race of the Olympic Games in France: the Grand Prix de Bourgogne and the World Championship in France starting in Lorient and finishing 278 kilometers further in Nantes. With a flat end of the race, this seems to be party for sprinters, but perhaps some sneaky attackers may try to snatch victory away or perhaps even a coup in the hills may give us a spectacular battle between nations.

All in all, we can speak of a very diverse calendar and ofcourse I hope you guys will like it. I also want to encourage everyone to create races. Tacki has made a very easy to use creator which can be found here. Quality races will be features in future seasons.

Merry Christmas and a Happy Newyear to everyone!

Thank you Nnelg for all the amazing job done.

Olympus Mons cyclocross is not the one in Greece. It's on Mars planet ! :-) Nice calendar. 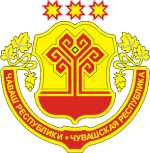 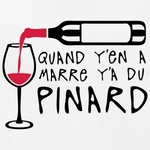